38th day: WHO WILL BE NEXT?
Suddenly at one of my very frequented S – Bahn Stations, the last three presidents of the United States are looking at me. Are the news so present in my mind that I see them now for the first time? Or have they recently been painted up there? Anyhow: Reagan, Clinton and Bush are in front of me in small format! Reagan is swinging in his right hand a revolver and wears spore-filled boots. Bush swings a flag in his left hand and has a halo floating above his head. Clinton is standing in the middle, and seems to curb the two of them like a patient father. Who will be next? And how should Clinton manage to keep Trump in check, when he has not even a free hand left? It will remain exciting and for me, who is used to German election campaigns and Merkel’s rhombus, the American election campaign remains strangely alien and reminds me more of Latin American telenovelas than of political realism. 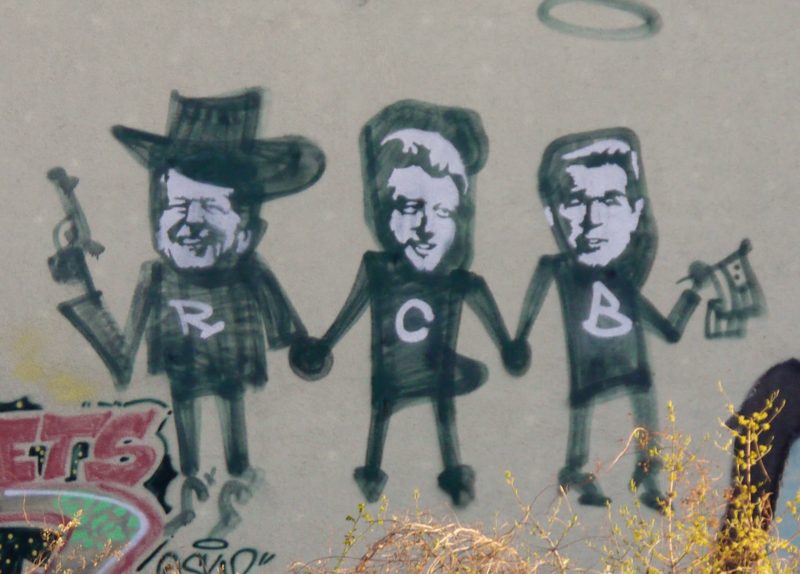