97th day: ANNE FRANK painted by Jimmy C.
Nothing has shown me so impressively the madness of the Nazis as the diary of Anne Frank, which I read at the age of 12. Suddenly I realized that many people who were around me have lived in the Third Reich and some of them could have been perpetrators. During this time I was ashamed to reveal my nationality every time I traveled to other countries. Recently I read the diary again and have discovered a quite different dimension, that I could not recognize at the age of 12: Anne Frank has turned from a girl to a young woman in the 2 years in which she wrote the diary. She had an incredible literary skill and thought about many universal themes. It is impressive that she already could develop such a profound philosophical perspective on things in such a young age.
Jimmy C. painted her in his very own style in front of the Anne Frank Museum in Berlin. 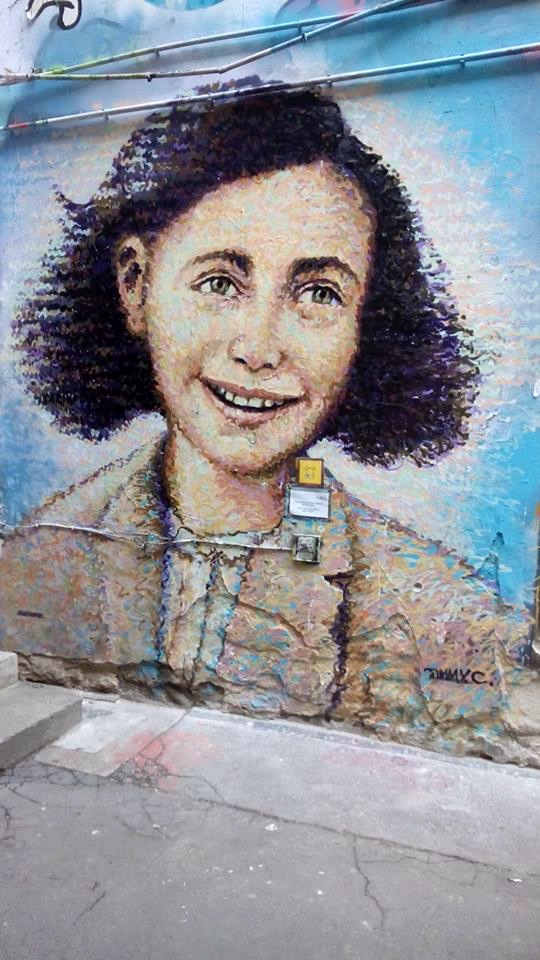